Potato slices covered with cream, ham, bacon and cheese. This dish is baked until the cheese melts and browns a bit. 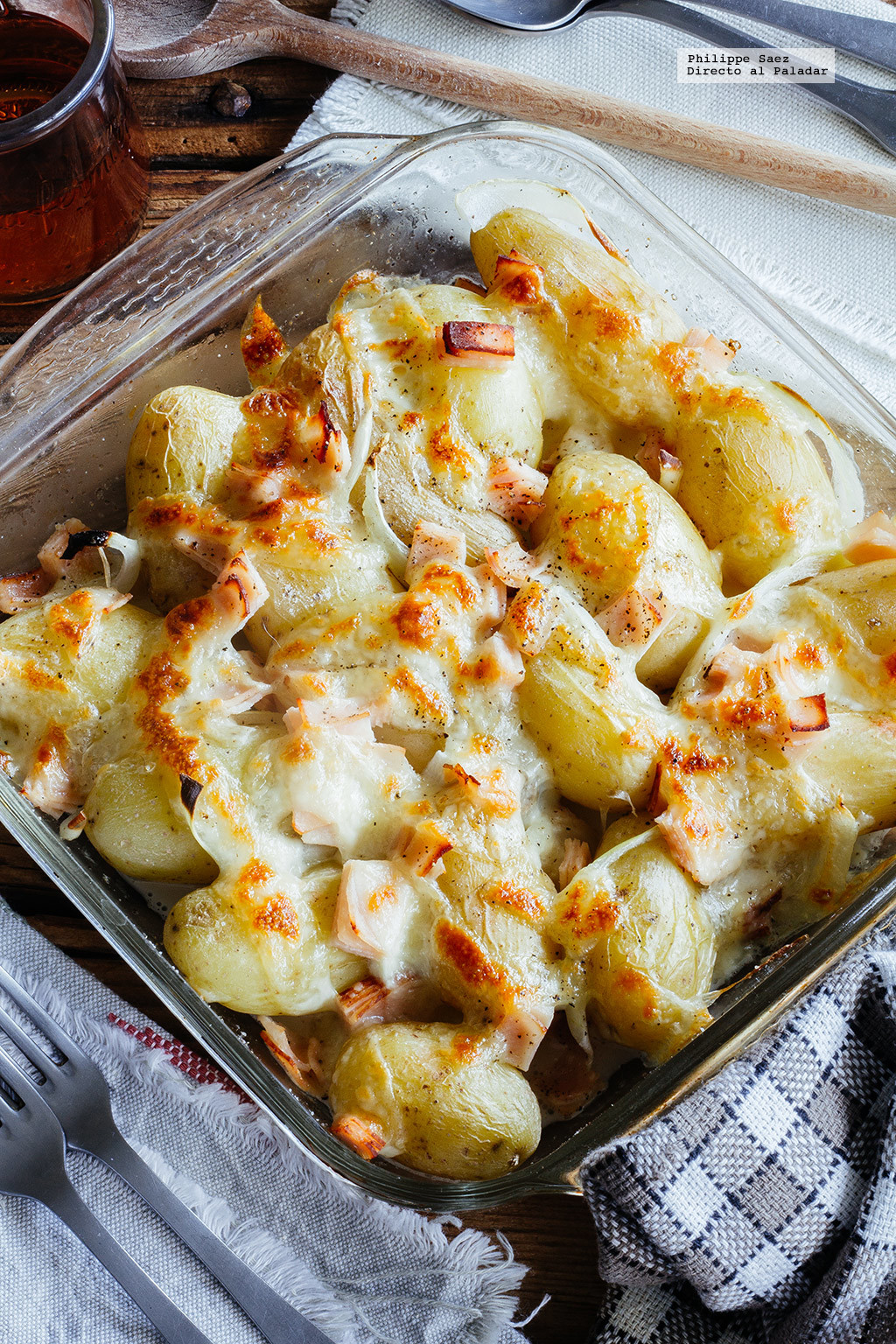 Cut the potatoes into thick slices. · Place them in an ovenproof dish, interspersing them with the ham, cubes of butter and cheese. Bake. 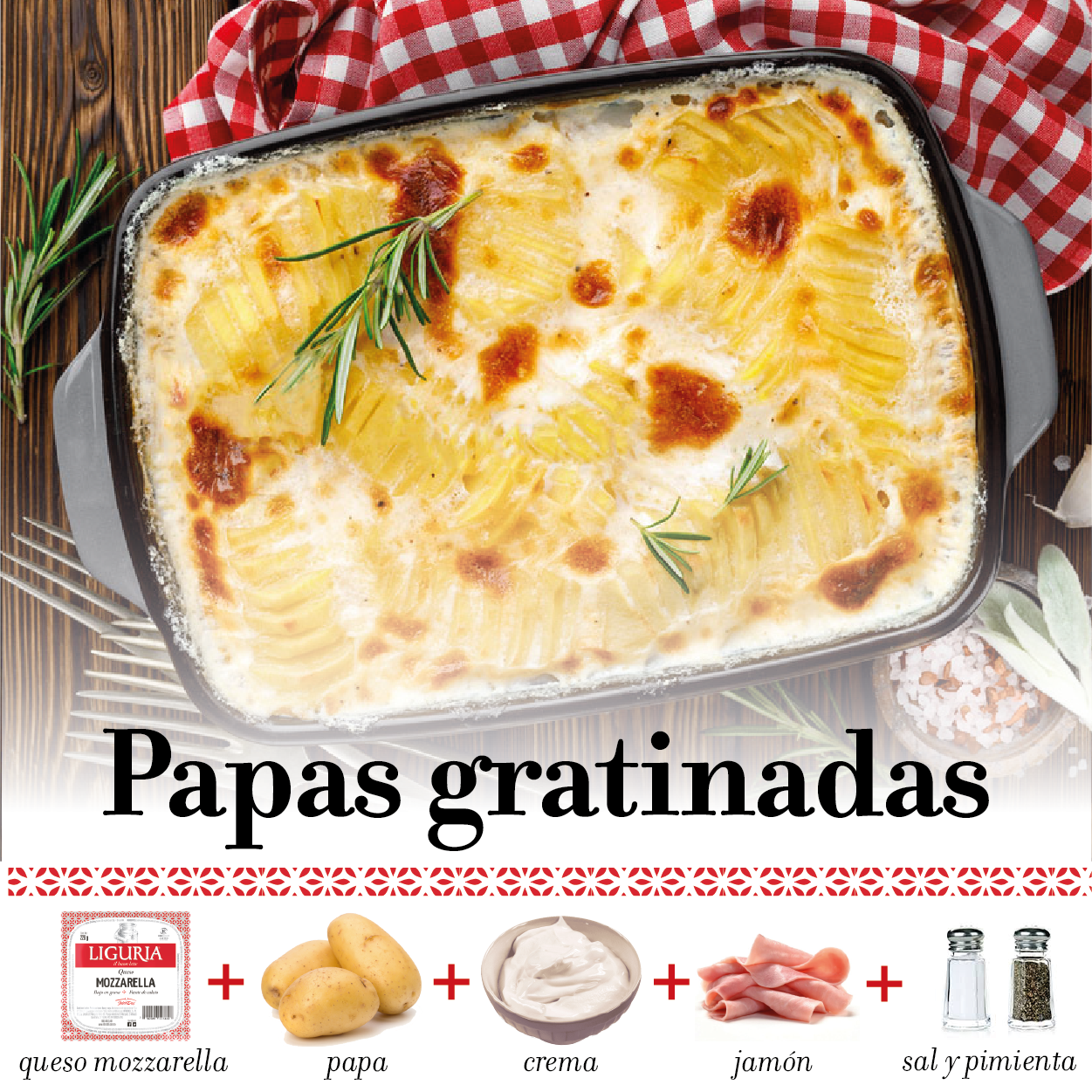