Yakimeshi Or Japanese Style Fried Rice With Chicken And Vegetables

This recipe for Japanese fried rice (Yakimeshi) comes from the classic Chinese three delight rice, but it has some peculiarities that we are going to tell you about.

Yakimeshi, Japanese fried rice Today we will make a rice, but as they do in the best Asian restaurants, we will also make it very easy. 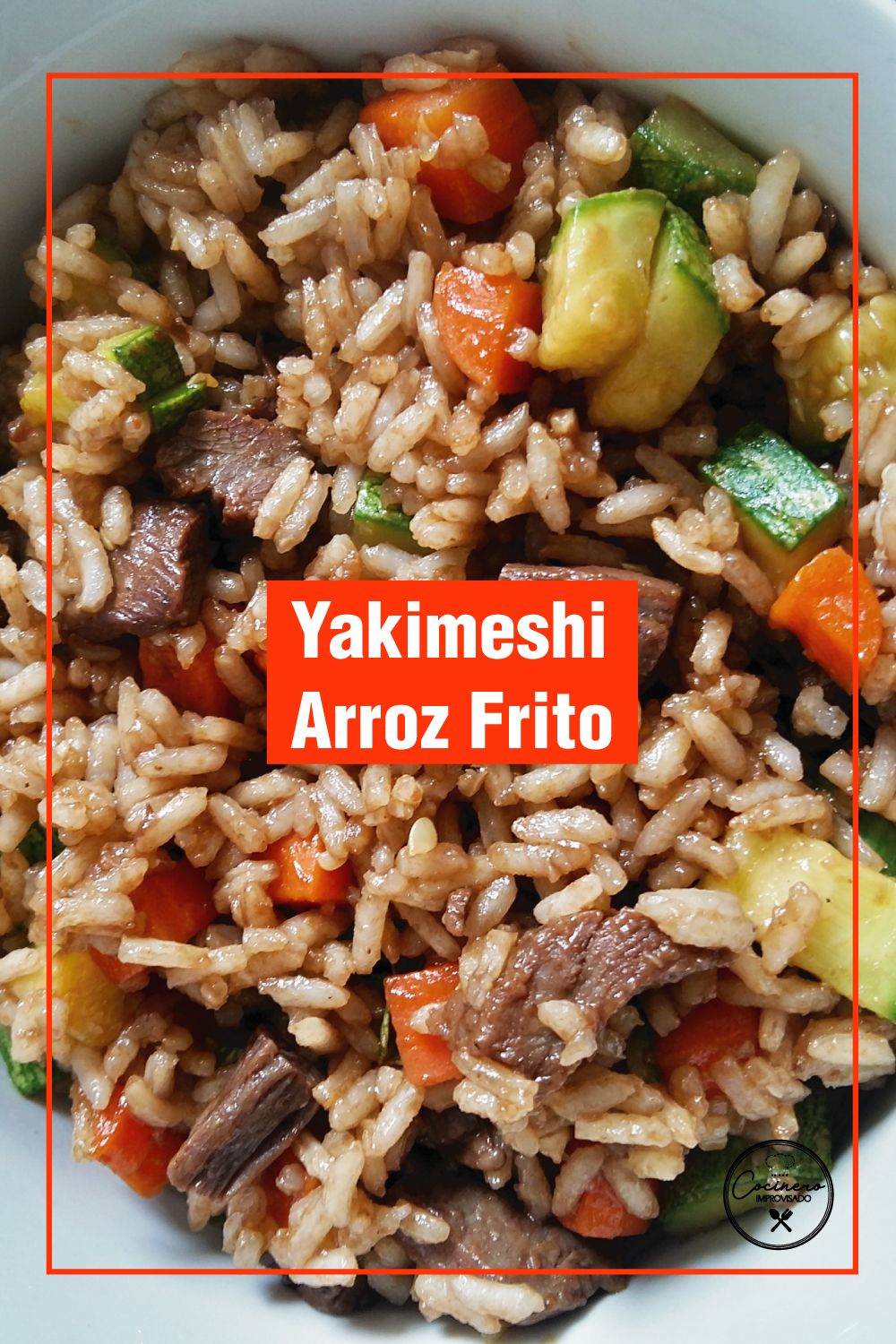 Fried rice is a cooked rice dish that has been stir-fried in a wok or pan and is usually mixed with other ingredients such as eggs, vegetables, seafood, or meat. A is eaten alone or as an accompaniment to another dish.

Japanese yakimeshi is an oriental rice recipe that mixes different foods together with white rice to fry them in the pan and get an exquisite dish. It is a meal of use, generally made with the remaining rice and with the ingredients that you have in the kitchen. As in other Eastern countries, the Japanese have their own way of cooking traditional fried rice. The type of sauce makes the main difference, and above all, the container and the kitchen used to achieve an incredible texture.

Origin of Japanese Fried Rice The Japanese fried rice recipe comes from what is known as China’s 3 delicacies rice, called Chahan in Japan. Like other dishes in Chinese cuisine, the idea of ​​fried rice was imported to Japan many years ago, as both countries are large consumers of rice.

The yakimeshi is born from the need to take advantage of the rice cooked the day before or two days before so as not to discard it. Japanese rice comes from the varieties that began to be cultivated in China thousands of years ago. Today, in Japan they have developed the cultivation of some varieties that have been better received in their culinary culture, with some differences to the rice that is consumed in China. As we have already seen, the rice used to make yakimeshi is the typical grain that is cooked to make the normal white rice that accompanies most dishes.

The difference between Japanese fried rice and Chinese rice is the variety used. It is usually the typical rice used to make sushi. In China they usually use a long and fine grain rice, which already has little starch.

When cooked it is very loose and light. And to fry it in the wok, the texture is very crispy, but it absorbs less amount of sauce than in the case of yakimeshi. Yakimeshi Recipe Variations In the original yakimeshi rice recipe, the type of rice used is short grain. If you want to increase the amount of protein, a very simple step is to add eggs, in the amount you want.

Buy Sesame Oil In each region of Japan it is typical to add some specific ingredients to fried rice. When preparing the authentic mixed yakimeshi at home, it is important to have the ingredients previously ready, such as the cooked rice already cold, the meat already cooked and cut to sauté the mixture in the wok. Print Japanese fried rice recipe step by step Learn how to make the original yakimeshi recipe yourself, combining your favorite ingredients to enjoy the best oriental flavor.