Popcorn chicken is a dish consisting of small pieces of chicken breaded and fried. The idea was originally developed by KFC, but has since spread. 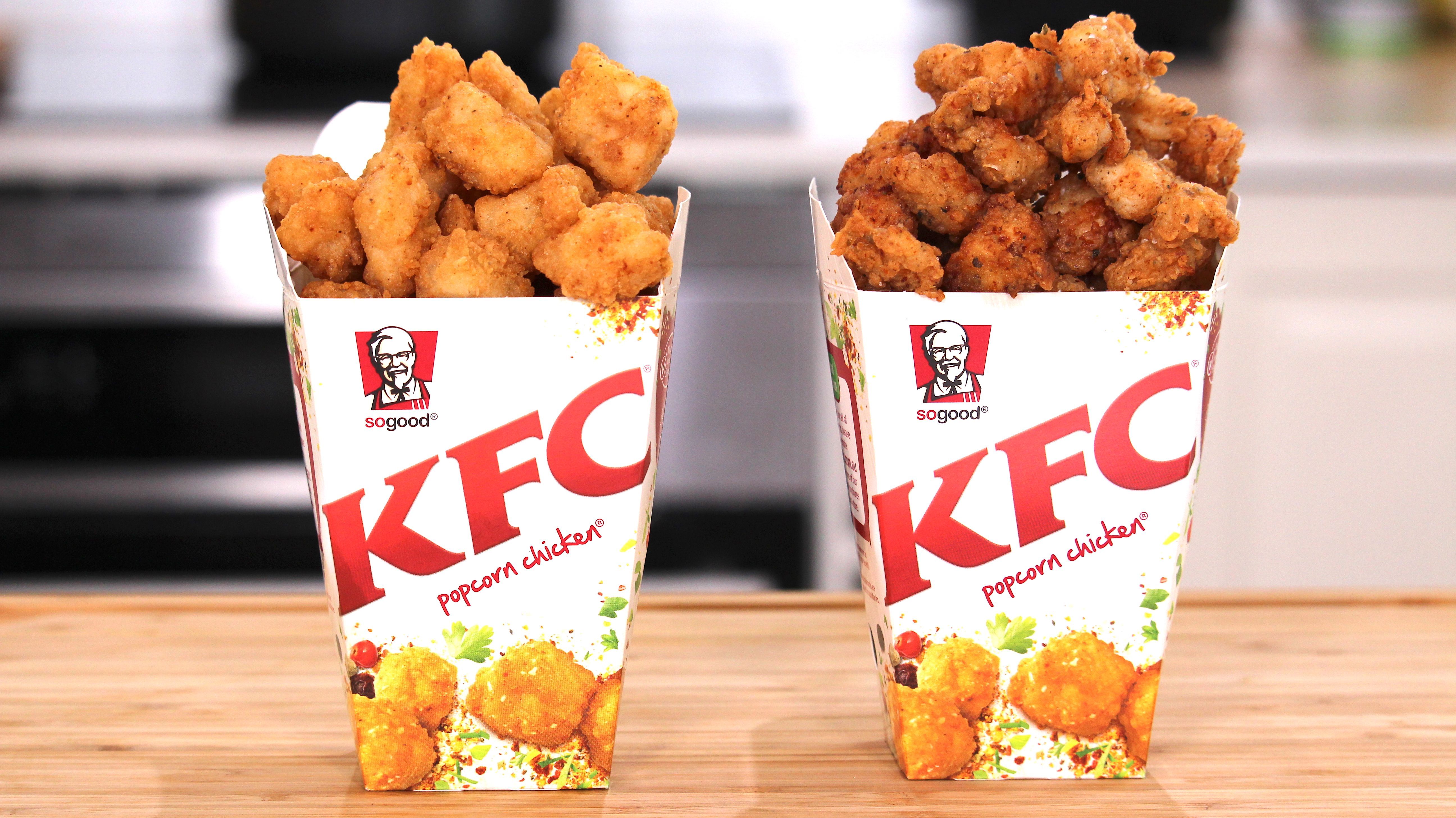 KFC’s iconic Pop Corn is here. Enjoy the colonel’s secret recipe in bites. Impossible to resist such a tasty chicken!

KFC’s iconic Pop Corn is here. Enjoy the colonel’s secret recipe in bites. Impossible to resist such a tasty chicken!

How to make kfc chicken popcorn

In a bowl, mix the seasonings and the chicken. Sprinkle the cornstarch and cover the chicken well. Pour the egg white into a small bowl and then the breadcrumbs into another bowl. Place them side by side. Take each piece of chicken and dip it into the egg or buttermilk.

Remove and pass through the breadcrumbs. Place them on a wide plate. Repeat the same step until all the chicken bites are breaded. Rest for 10 to 15 minutes so that the breadcrumbs adhere well to the pieces. If buttermilk has been used, it is good to let them sit for at least an hour.

You can also refrigerate up to 48 hours for later use. Cooking Heat the oil over medium heat. When the oil is hot enough, check by dropping a small piece of breadcrumbs. It has to rise without browning too much. Gently slide the pieces one after another into the oil. Do not stir or disturb them for about a minute, otherwise the breadcrumbs may disperse in the oil.

Do not fill the pan with many pieces of chicken at once. Fry popcorn chicken in batches. Fry evenly until golden brown over medium heat. Keep stirring after a minute or two for even frying. Drain popcorn chicken in a kitchen towel and serve hot with ketchup, salsa, or any other sauce.

Seasoning You can sprinkle your favorite seasoning over the popcorn chicken before serving. Sriracha or wasabi go very well with them. NOTES If you like to brine your chicken, then add 4 tablespoons of yogurt and your favorite seasoning to a bowl. Then add the chicken bites and refrigerate from 4 hours to overnight. Drain the buttermilk and use it in the recipe.